With the spring weather, campers gathered for game day with lots of energy from the morning!

In the orientation, we adopted a bit of the Easter theme, “new beginnings,” and asked the campers to think about things they would like to start, or “new me”.

Indoor games included activities in which communication and teamwork were key, and they kept improving their teamwork while utilizing their individual strengths.

After a pleasant bento lunch on the riverbank, we had a little free time. Campers spent their time in their favorite ways: skipping stone, stone tower, looking for creatures, hopping stones, tree climbing, and chatting.

Afternoon team games included various types of tag, catching games, and the always popular “Capture the Flag” game. Each team ran around creating their own strategies.

Five new LIT members joined the program as well. Each of them played a different role with thier own flavor, setting a good example for the campers and having fun while supporting them.

While there were fewer opportunities to play and run around outside due to the restriction of COVID-19, everyone, both children and adults, had an great refreshing time together.

“I was so happy that I was able to do the skipping stones very well in the end!”

“I will eat a lot of school lunch now that I am in the first grade.”

“Now that I’m in high school, I haven’t made many friends yet, so I want to make lots of friends from now on.”

“I was impressed by the fact that adults and children were not devided, and we ALL played so much together in the Mirai no Mori.”

“I am glad that I was able to raise my hand to volunteer and I was able to ask the volunteers questions on the second day, which I was too shy to do so on the first day.”

“I was happy to see that we were able to work as a team throughout the day, each playing to their strengths.”

Thank you very much everyone for making this program happen. 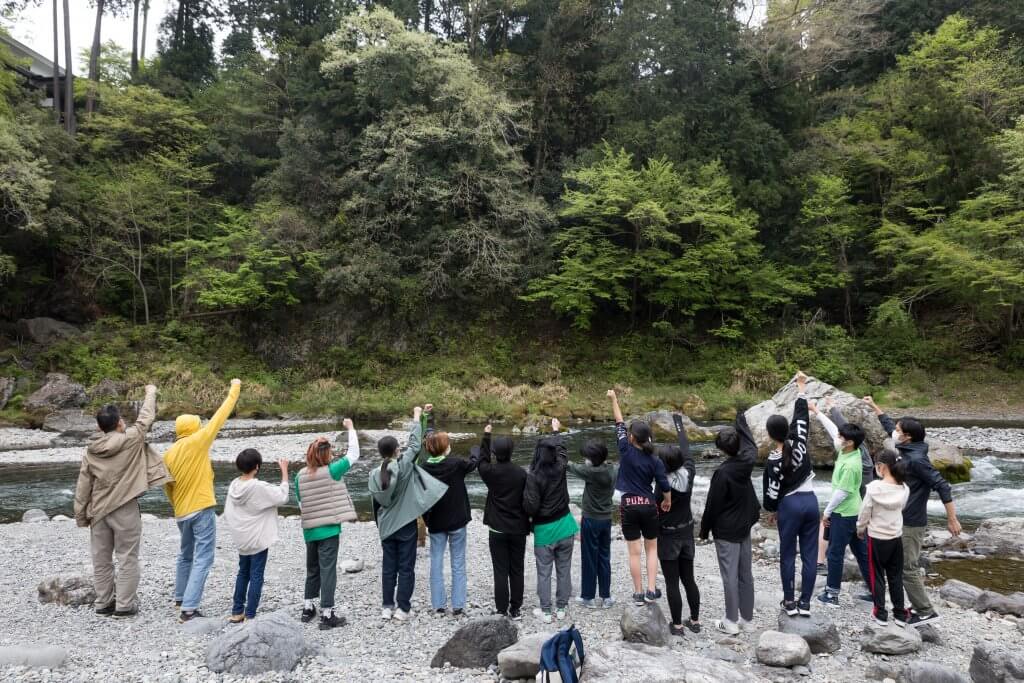