We were able to hold a snow program, which had been postponed for many times due to COVID-19. As in the previous year, we limited the participants from one home at a time and chartered a bus to get from the care home to the program site directly to avoid public transportation. We also assigned children’s rooms based on the groups at their own care homes to reduce the risk as much as possible. 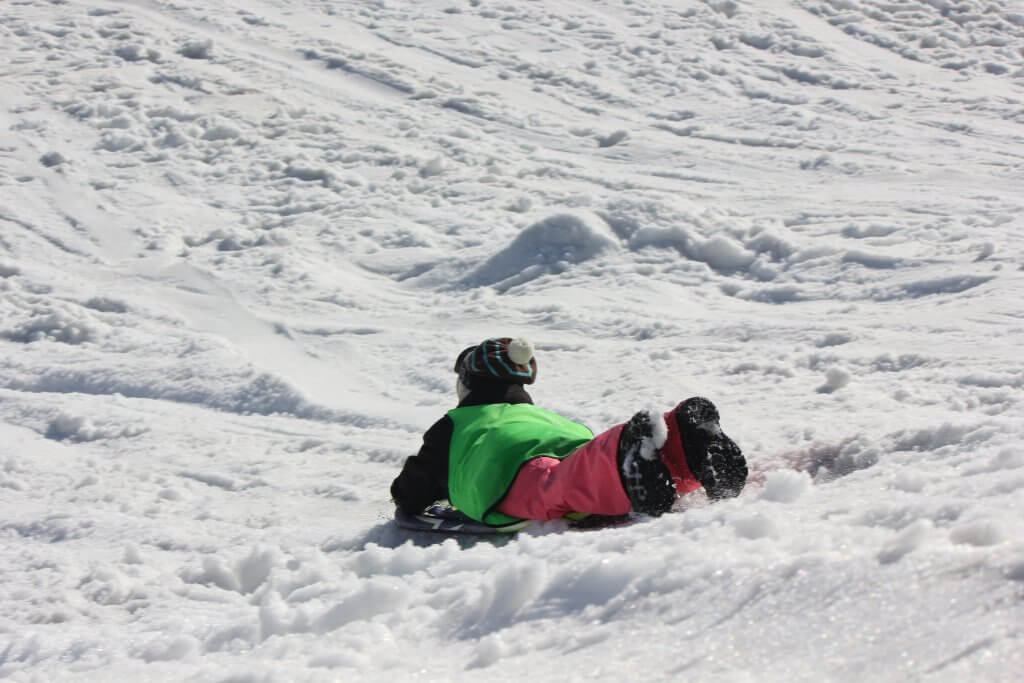 In Tsunan, Niigata Prefecture, which is famous for its heavy snowfall, we enjoyed two days of fun in the snow under the blue sky.

The campers chose what they wanted to do, such as snowball fights, making Kamakura, sledding, and building snowman, and they played until they were all so tired! The night hike, an evening activity, was also a great adventure in the woods without lights and everyone helped each other to enjoy the special experience.

There were so many scenes of campers showing leadership to organize a team of only children without a team leader, and that seemed to impress the care workers.

In addition, five high school students participated as “Leader in Training Program” participants and played an active role in supporting the program.

At the final reflection, all participants were able to share their comments about the program, and it was a wonderful conclusion where everyone was able to acknowledge and appreciate the efforts of one another.

“I was happy to be the champion who slid the longest distance in the sled challenge.”

“This was my first time participating in an overnight program at Mirai no Mori, and I enjoyed every minute of it!”

“On the first day, I was so scared that I could only sled with two people, but on the second day, I was able to sled by myself, and I was happy to do so many times.

“I had a hard time getting my gloves wet playing in the snow on the first day, so on the second day I was more careful  creative with how I put them on so I could enjoy it more with campers.”

“I was able to participate as a LIT for the first time and see the fun side of camp management and realized how much work it is. I hope to continue participating as a LIT in the future.”

“Because of Corona, we really don’t get to play outside this much or spend the time together, so this was an even more valuable experience than usual.”

“I always participate as a team leader, but this time there was no team leader, which worried me a little, but it was very encouraging to see how each camper pulled the team together and how they worked as a team and seemed to enjoy themselves as the hours went by.”

We would like to thank everyone who sponsored and supported this program.

Message from Mirai no Mori: Looking ahead in 2022