【#1 “What was the most fun thing at the camp?”】
By far, campers most enjoyed the full day stream hike. As campers cheered one another on, even campers with less confidence made it to the very end, and those who just last year weren’t able to jump into the water challenged themselves and plunged in! It’s an extraordinary day that shines with “Camp Magic.” Of course, we will do that again this Summer! 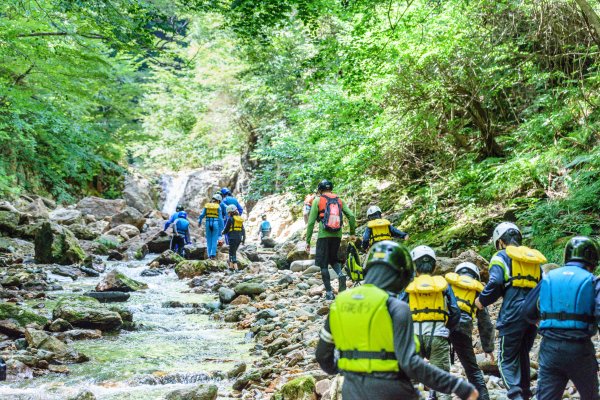 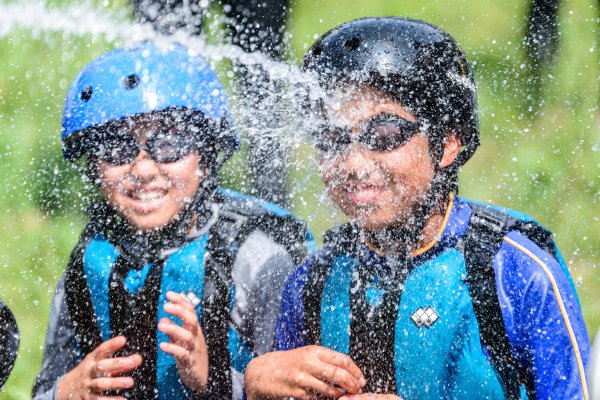 【#2 “What camp moment left the most lasting impression?” 】
There was a camper who said the contributions of the LIT (Leader in Training) participants were the most impactful of the 5 days! Last year, we had 5 LIT participants and it seems they became great examples of hard work for campers. This year we have 8 LIT participants. We are really looking forward to seeing the growth of new LIT team in coming months! 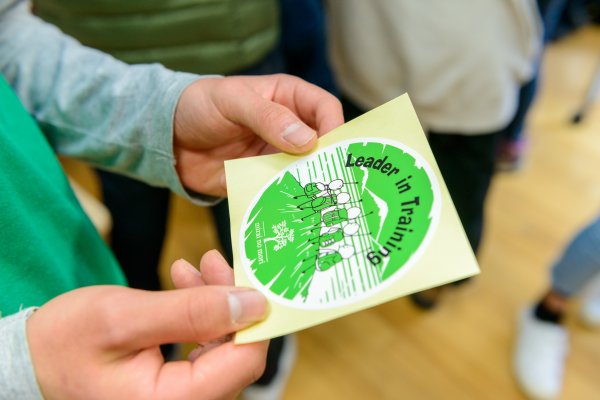 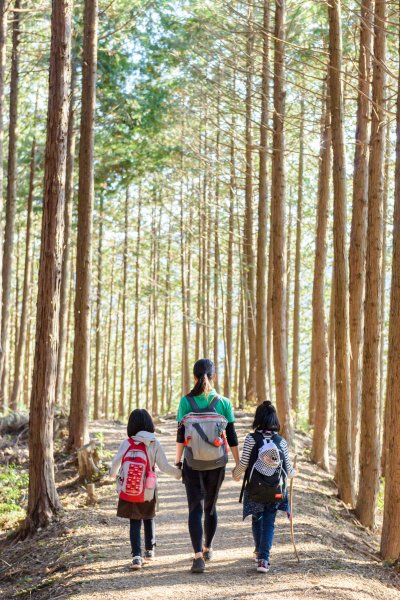 【#4 “What is your strength?” 】
Before the camp, many children answered this question based on how they are evaluated at school, such as studying or athletics. After the camp, we saw so many more answers that described emotional attributes, such as being kind or being cheerful. We will continue to improve our programs, so Mirai no Mori’s 5 values (kindness, responsibility, respect, leadership, and courage) become integrated into their everyday lives. 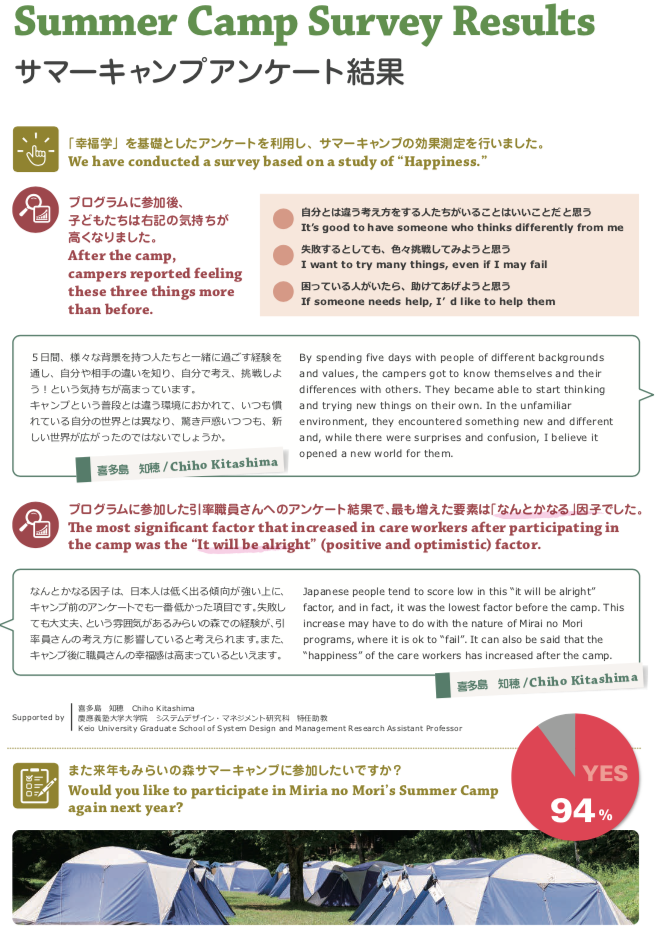